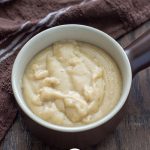 Make this quick recipe in place of a can of Cream of Chicken Soup the next time you need it for a healthier alternative to condensed soup.

Have you ever stopped to read the ingredients list in a few of your pantry staples? I try to cook with only foods that have ingredients that I could use in my kitchen. Yes, that means some foods don’t last as long without all of the preservatives, but they also taste better and are generally healthier. For example, look at the nutrition and ingredients for a can of Cream of Chicken Soup. The ingredients aren’t horrible but look at the amount of sodium in one serving!

If you use the entire can, it would be about 2,175mg of sodium! And that’s before you add any other ingredients to your meal. Because let’s be honest here, no one eats this as a soup. At least, I’ve never heard of it. Cream of Chicken Soup is usually an ingredient in a recipe.

There are a few recipes I have that call for cream of chicken soup. [See Chicken and Broccoli with Garlic Cream and Slow Cooker Chicken and Dumplings.] So, instead of writing those recipes off as goners, I decided to do some research (aka hit Google and Pinterest) to find some recipes. I came across this one and decided it was worth a try. The ingredients are all ones that we always have, and it didn’t take long.

I needed two cans worth of soup for my recipe, so I doubled the amount. After it’s been cooked and cooled, you can transfer it to an airtight jar to keep in the refrigerator for a day or two. I made mine the night before I needed it, then used it the following day.

It will thicken a lot in the refrigerator, so if you need it soup consistency you’ll want to make it right before using it. I knew mine was going in the slow cooker, so it would have time to warm up in there.

Melt the butter in a small saucepan over medium heat.

Whisk in the flour and stir continuously for about 1-2 minutes. Add the chicken broth and milk, whisking until it’s well combined and there are no lumps.

Add the garlic powder and pepper, then stir to combine.

Bring to a simmer and continue cooking and stirring until the mixture thickens (about 2-3 minutes).

Remove the soup from the heat and use in place of a can of Cream of Chicken soup. Or, refrigerate once cooled to use within 2 days. 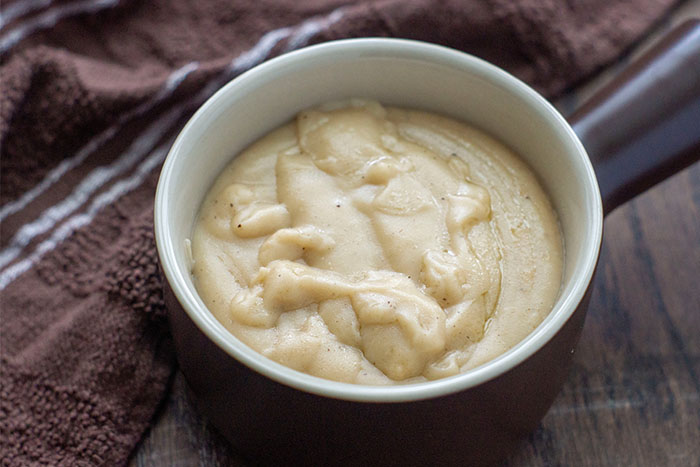 Make this quick recipe in place of a can of Cream of Chicken Soup the next time you need it for a healthier alternative to condensed soup.
Cook Time 15 minutes
Total Time 15 minutes
Course:
Homemade Staple
Cuisine:
American
Keyword:
chicken
|
cream of chicken
Servings: 1 can
5 from 3 votes