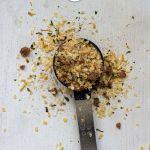 Forego the store-bought package of Onion Soup Mix and make yours at home next time you need it with a few simple ingredients and 5 minutes of time.

Have you ever looked at the ingredients in some of the common food seasonings? Half the time I can’t pronounce quite a few of them. I don’t like feeding my family unknown substances. I’m sure some of them are harmless, but I don’t have time to look it all up. Instead, I try to make them from home when I can. And the most recent seasoning mix I needed was Onion Soup mix.

Admittedly, the Onion Soup mix isn’t too bad when you look at the information. Most of the high-level ingredients, meaning those that have the most in it, are standard. It’s those last few that I’m not as sure about.

The largest difference is in the amount of sodium. Since store-bought packages have to last a long time between packaging, shipping, and sitting on shelves, it has more preservatives. Those preservatives are what usually drive up the sodium.

I’ve used the onion soup mix in sour cream for a quick cracker dip as suggested on the box. I also use it for French Onion Steaks.

This recipe makes enough to substitute for one packet of seasoning. I make it just before using and don’t typically store extra. If you would like to have it on-hand, make a few servings and store in an air-tight container. Stir it up again well before using it. One packet is equivalent to about 1/2 cup of mix.

Crush the beef bouillon cube. Mine has been in the pantry for too long, so they were not as easy to crush. They ended up as clumps, but the flavor was still there. In a small mixing bowl, whisk together all of the ingredients.

Use this in place of one packet of Onion Soup mix. 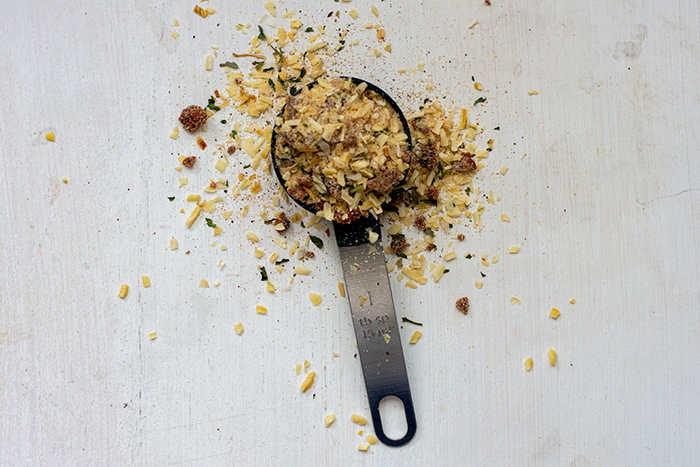