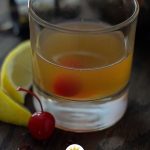 Spirits, sweet, and sour come together in 10 minutes to make a delicious cocktail recipe called a Whiskey Sour with a few simple ingredients.

Quite a few years ago, just after Justin and I were married, we went on a Caribbean cruise with some of our best friends. We stood up at their wedding, they stood up in ours. She is half the reason we met. She invited me to frisbee where Justin and I met. Anyway, great friends and we had an amazing time on the cruise. This cruise is where Justin discovered the wonderful drink called a Whiskey Sour.

Our cruise left from Miami and docked in Key West, Grand Cayman, and Jamaica. Since we had all been to Key West, we didn’t want to do much of an excursion there. We walked around the island, went to the buoy, ate some Key Lime Pie at the Six-Toed Cat (the best place in Key West to get pie), and did some geocaching.

In Grand Cayman, we split up since we felt relatively safe there. The guys wanted to go snorkeling, and the girls wanted to do a kayak trip. So, we did!

In Jamaica, we did an excursion of zip lining and river tubing. That was my first time on a big zip line and it was fun! We had the craziest bus driver and thought we were going to go over a cliff trying to get there, but it was a great time overall.

Enough about the cruise. You’re here for the drinks! Since we had all four been on Carnival cruises before, we were invited to the Past Guest Reception. This included free drinks! Justin and our friend both ordered a Whiskey Sour and loved the taste. Every time a waiter or waitress would come around with more drinks, they would both get another. We lost count how many they ended up drinking, but it was a lot! Of course, they were small drinks, but they didn’t care.

Recently, we were reminiscing about the cruise and laughing about all the Whiskey Sours they drank. So, of course, Justin decided to make his own at home. It isn’t exactly like the ones from the cruise, as theirs had a bit of foam at the top and ours didn’t. But he said the flavor was the same. (I take his word for it, I only like drinks with rum!)

Start by making a simple syrup. Combine the water and sugar in a small saucepan over medium heat. Stir continuously until the sugar has dissolved completely.

The drink can be made shaken or stirred. Justin prefers shaken.

Shaken: Pour the whiskey, simple syrup, and lemon juice into a shaker. Place the cap on and shake to combine. Pour in a glass over ice and garnish with a cherry.

Stirred: Pour the whiskey, simple syrup, and lemon juice into a glass over ice. Stir gently, then add the cherry to garnish. 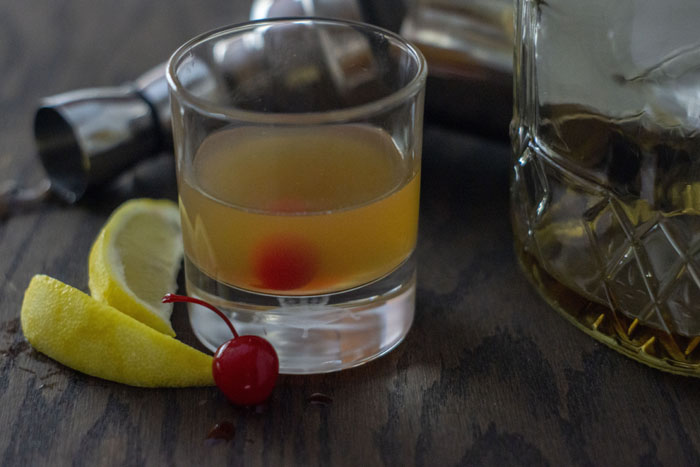