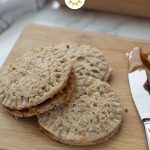 Some nights, we don’t have time to make an elaborate dinner. That’s when we decided to try these peanut butter and honey sandwiches!

When Daddy isn’t home for dinner, the boys and I cut ourselves a little slack. I don’t make a full meal because let’s face it, I would only be cooking for myself since the boys often don’t eat what we do. They have to try a bite of whatever I make, but their taste palates aren’t as refined just yet. Last week, when Justin had a meeting to go to, we decided to try something new. Peanut Butter and Honey Sandwiches is another recipe that came from the wonderful little cookbook that Tyler received as a Christmas gift.

This was the winner for the night for a few reasons. The recipe was quick. It was easy. We had everything. And they could help make it. And, bonus, I knew they would eat it.

Lately, both Tyler and Ryan have been enjoying a good PB&J sandwich at lunch. I figured this was similar enough that they would eat it, but also something different. They also like to eat peanut butter on graham crackers with raisins, so I know peanut butter is a hit with them. Personally, I can’t stand peanut butter, but they love it!

We started these by rolling out the bread, so it was thin and flat. The original recipe said to make each sandwich from one piece of bread, but that didn’t seem very practical. I was worried the sandwiches would be way too small. So we used two slices of bread per sandwich like you would with any other sandwich.

Once the bread was rolled out and flat, the boys used my biscuit cutters to cut circles into the bread, making the shape of the sandwich. I wasn’t so sure about this because it seemed like a waste of bread. I was planning to throw those pieces in the compost bin. We also had a great quick conversation about how this is fun and different, but it also would waste the bread, and we are trying hard to cut down on the waste we produce. So Tyler decided that he would go ahead and eat the crust while we were building the sandwiches so it wouldn’t be wasted!

After they got the circles cut, I spread one side of each sandwich with a small scoop of peanut butter. On the other side, I added a small amount of honey.

Carefully stack the pieces together to form a sandwich. I found it easier to put the piece with peanut butter on top of the piece with honey since I was afraid the honey would run as I tried to flip it over. Use a fork to go around the edges and seal the sandwiches up, and you are done!

Tyler and Ryan loved these! We will definitely be making them again next time I need something quick and easy (and fun) for dinner. 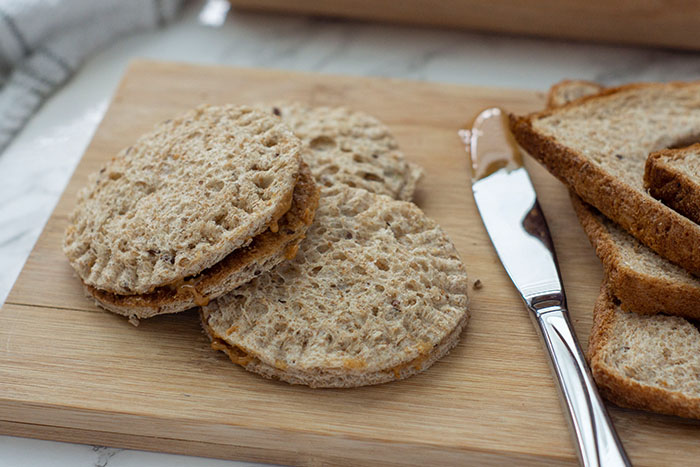 28 thoughts on “Quick and Easy Peanut Butter and Honey Sandwich”