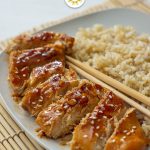 Make orange chicken in your slow cooker using only four basic ingredients for a quick and easy weeknight dinner the family will all enjoy.

Slow cooker meals are perfect for the busy school year. I know how crazy it can get in the evening, so having dinner ready when you are is wonderful! Especially when it’s as easy as this meal and only requires 4 ingredients.

My aunt sent me this recipe years ago, but we never got around to trying it. I kept pushing the recipe aside because orange is not my favorite flavor. Then, one day I was trying to figure out what to make for dinner and we happened to have all of the ingredients.

As I said, I don’t like orange much, but we had leftover orange marmalade from making Paczki for my Harry Potter club a few weeks ago. Instead of letting it go to waste in the refrigerator, I decided to go ahead and try the orange chicken.

Well, I was pleasantly surprised at the flavor. The orange was not overpowering, which I liked. Even Ryan said he liked the chicken! Lately, the boys don’t want to eat anything I make, so that right there made this dinner a winner for us!

Justin’s only complaint was the texture of the chicken, but I think that was mostly due to the chicken not having thawed all the way. It was still mostly frozen when I put it in the slow cooker. Because of this, I couldn’t let it lay flat and it didn’t cook evenly.

Lesson learned: make sure to take the chicken out with plenty of time for it to thaw before cooking this meal.

After 3 hours, in a medium mixing bowl, whisk the orange marmalade, bbq sauce, and soy sauce together.

Pour the mixture over the chicken. I like to also turn the chicken a few times to make sure it gets coated on both sides.

Cook on high for another 30 minutes. Serve your orange chicken warm. We made some rice to have on the side and poured some of the extra marinade over it. 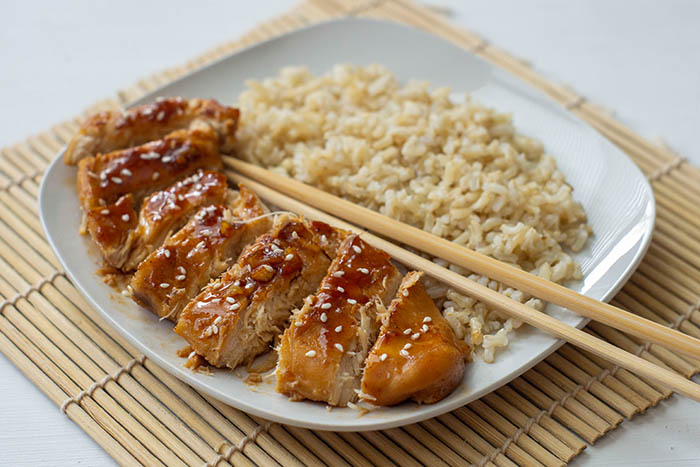 Orange Chicken in the Slow Cooker