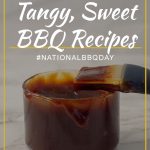 BBQ sauce recipes vary greatly from one region to another. This makes it such a versatile addition to almost any recipes, especially in the summer!

With National BBQ Day coming up, it would be fun to look at the different types of bbq sauces. They vary greatly between regions of the United States. I love BBQ sauce; it’s one of my favorite sauces to dip meat in. But the sauce, as well as the style, varies significantly from country to country and from one area of the country to another.

Some of the most notable styles within the US are based primarily on the traditions of the state or region they are from. I’ve learned that I am not a big fan of Texas BBQ because it contains a lot of smoke flavor of which I am not a fan. I like either the Memphis style or Florida style since they are sweeter and don’t have the added meat/smoke flavor.

The following descriptions are from the Wikipedia page about BBQ Sauce:

Most American barbecue sauces can trace their roots to two sauces common in North Carolina and South Carolina. The simplest and the earliest were supposedly popularized by African slaves. They also advanced the development of American barbecue. They were made with vinegar, ground black pepper, and hot chili pepper flakes. It is used as a “mopping” sauce to baste the meat while it was cooking and as a dipping sauce when it is served. Thin and sharp, it penetrates the meat and cuts the fats in the mouth. There is little or no sugar in this sauce. Which, in turn, has a noticeably more sour flavor than most other barbecue sauces.

In Lexington and the “Piedmont” hilly areas of western North Carolina, the sauce is often called a dip. It is a lot like the East Carolina Sauce (above) with tomato paste, tomato sauce, or ketchup added.

Thick, reddish-brown, tomato or ketchup-based with sugars, vinegar, and spices. Evolved from the Lexington Dip (above), it is significantly different. It is thick and sweet and does not penetrate the meat as much as sit on the surface. This is the most common and popular sauce in the US. All other tomato-based sauces are variations on the theme using more or less of the main ingredients.

Similar to the Kansas City style. Typically having the same ingredients but tending to have a larger percentage of vinegar and use molasses as a sweetener.

Similar to the Memphis style because it has a higher percentage of vinegar than Kansas City style. Florida style is characterized by tropical fruit flavors such as orange, mango, guava, papaya, pineapple, and tamarind as well as peppers with some heat such as chipotle and habanero. Because of its fruity flavor, it is commonly served with pork, beef, chicken, and seafood.

In some of the older, more traditional restaurants the sauces are heavily seasoned with cumin, chili peppers, bell peppers, chili powder or ancho powder, lots of black pepper, fresh onion, only a touch of tomato, little or no sugar. They often contain meat drippings and smoke flavor because meats are dipped into them. Texas sauces are medium thick and often resemble a thin tomato soup. They penetrate the meat easily rather than sit on top. Bottled barbecue sauces from Texas are often different from those used in restaurants because they do not contain meat drippings.

North Alabama is known for its distinctive white sauce, a mayonnaise-based sauce, which is used predominantly on chicken and pork. It is composed of eggs and oil (or mayonnaise), apple cider vinegar, sugar, salt, and black pepper.

A fusion of barbecue sauce and ranch sauce. 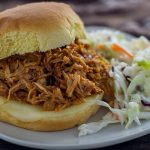 BBQ Chicken Sandwiches
Combine BBQ sauce with Italian dressing for a delicious sauce with shredded chicken on a bun with melted cheese for perfect slow cooker sandwiches.
View The Recipe 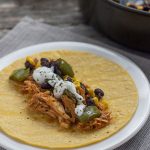 BBQ Chicken and Black Bean Tacos
Combine the delicious flavors of Texas bbq with southwestern cuisine to get a perfect meal that the whole family is sure to love!
View The Recipe 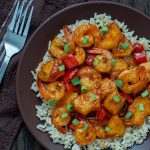 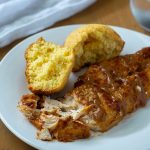 BBQ Ranch Chicken
BBQ Ranch Chicken is a quick, delicious dinner that uses only 3 ingredients you'll find in most kitchens. Perfect for a busy weeknight dinner.
View The Recipe 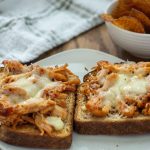 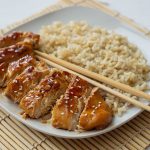 Orange Chicken in the Slow Cooker
Make orange chicken in your slow cooker using only four basic ingredients for a quick and easy weeknight dinner the family will all enjoy.
View The Recipe 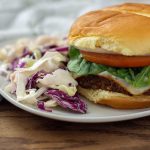 Justin’s Famous BBQ Burgers
A regular hamburger is great, but add some BBQ flavor and you have an amazing burger! This is better than you can get at a restaurant!
View The Recipe 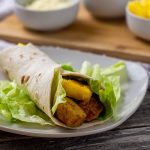 Hawaiian Chicken Wraps
Light and easy meals are perfect for the hot days of summer. Combine bbq with fresh pineapple for a delicious wrap everyone will enjoy!
View The Recipe

I’ve gathered a few recipes from other food bloggers from around the web (with their permission, of course) to share with you as well. There are so many different ways to make delicious BBQ recipes, so I wanted to give a variety of options. 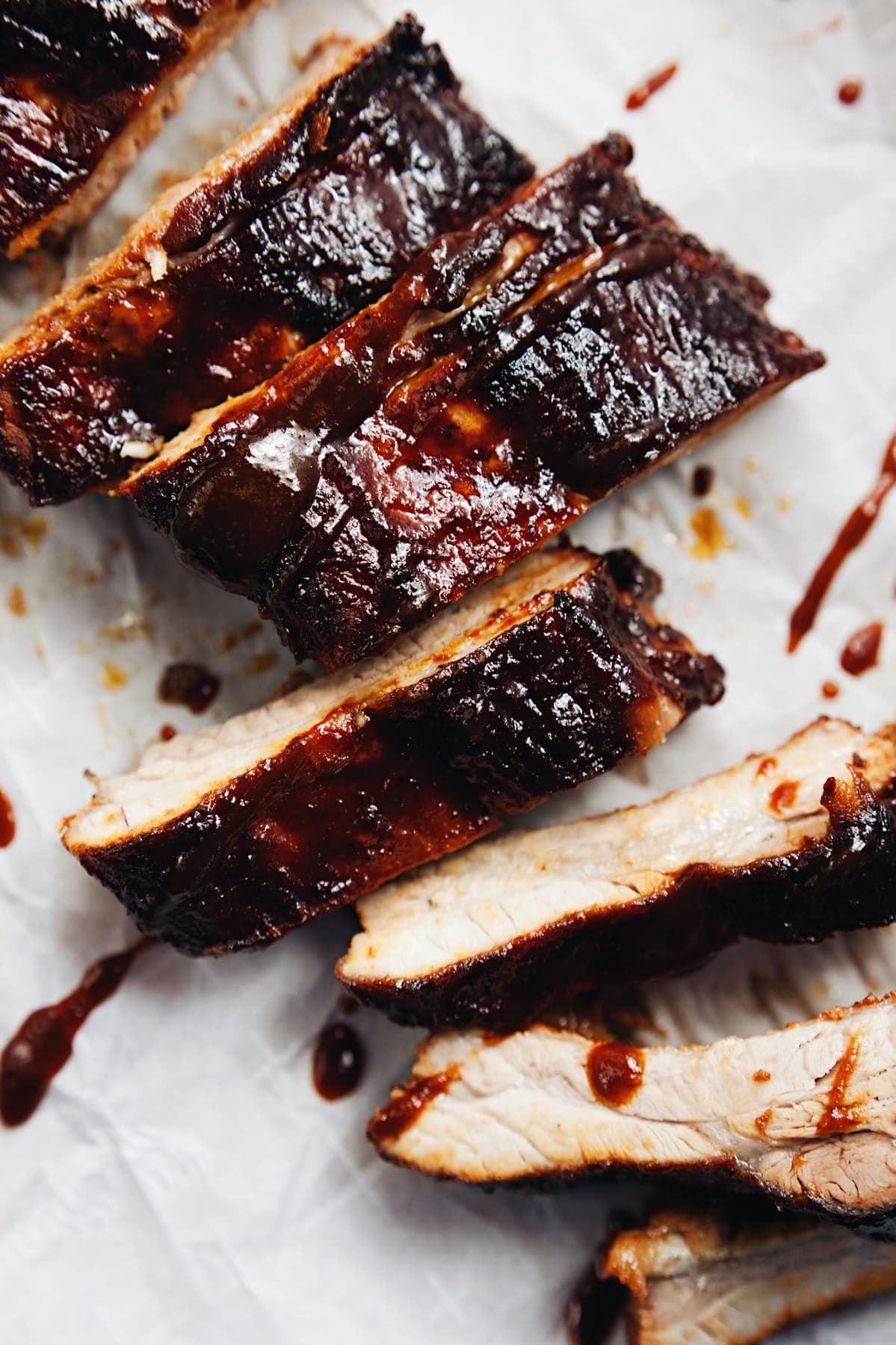 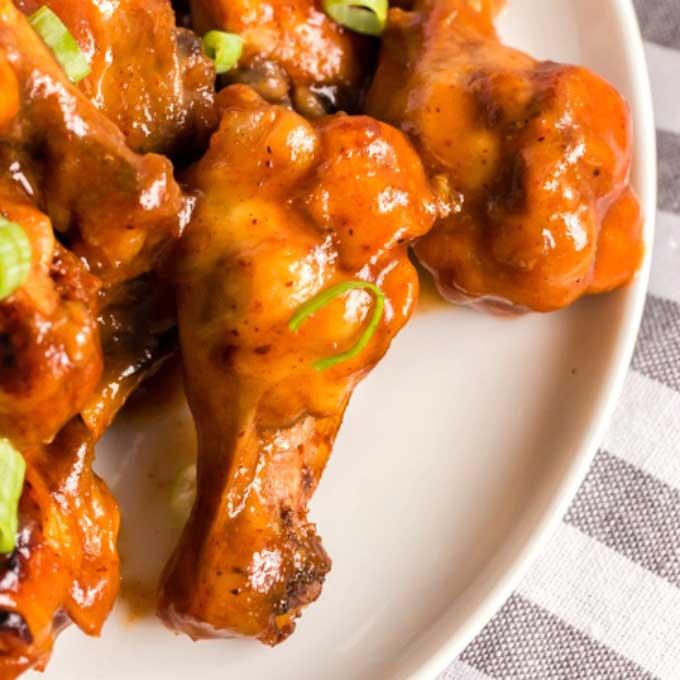 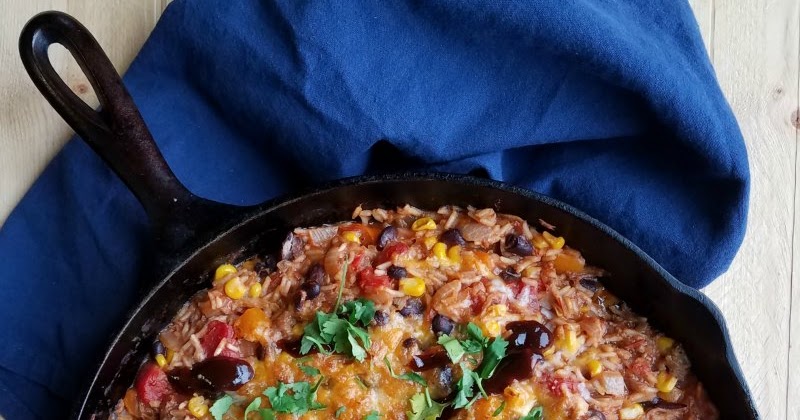 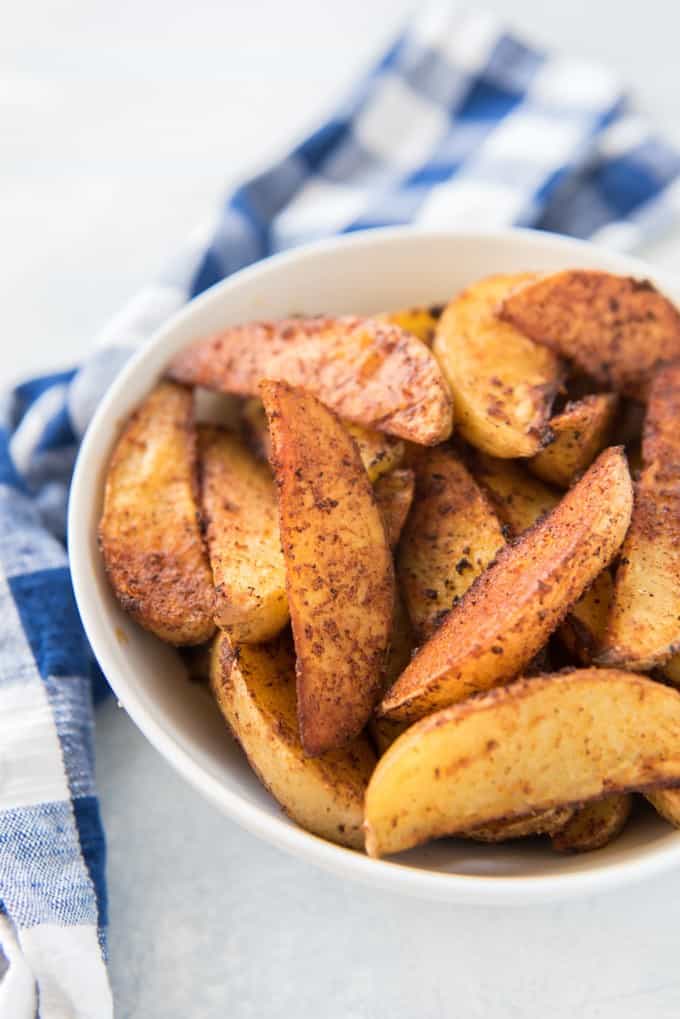 Oven Roasted Barbecue Potato Wedges
Big, bold barbecue flavors make these oven roasted barbecue potato wedges an incredibly delicious side to any meal. They are seasoned perfectly with a crispy exterior and soft, almost buttery insides! Like your favorite BBQ potato chips, they are hard to resist once you get started!
View The Recipe 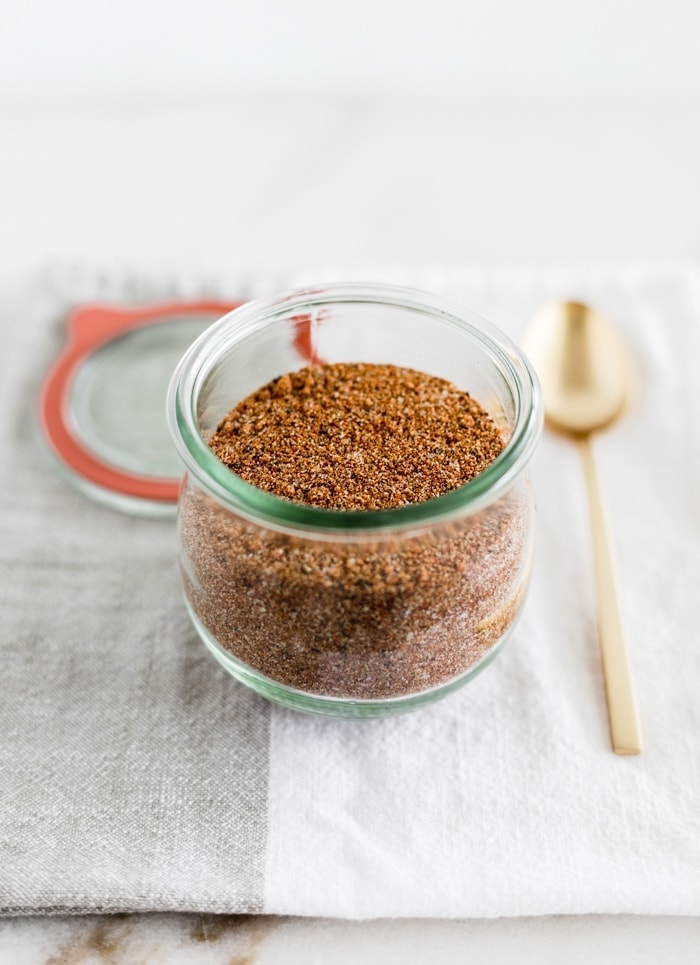 Homemade BBQ Spice Rub
A simple and delicious, sweet and smoky, homemade BBQ spice rub that can be used on anything from grilled chicken to smoked brisket or ribs.
View The Recipe 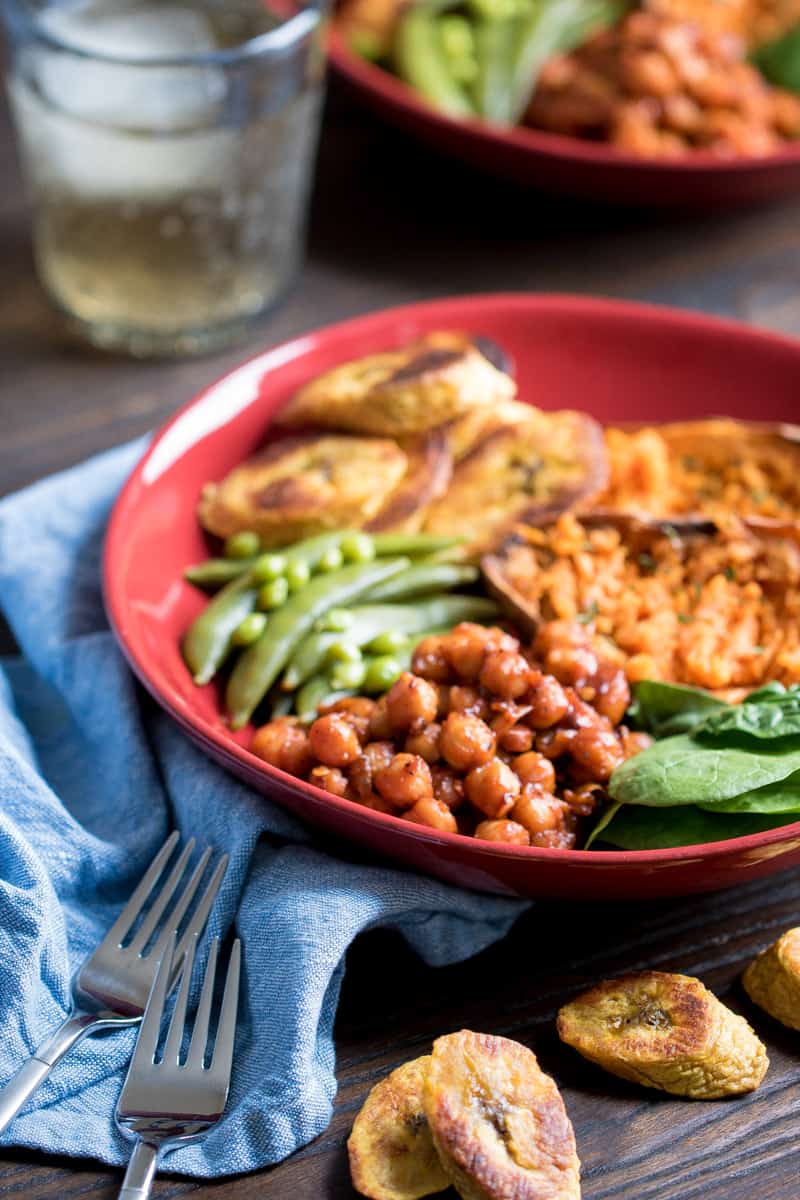 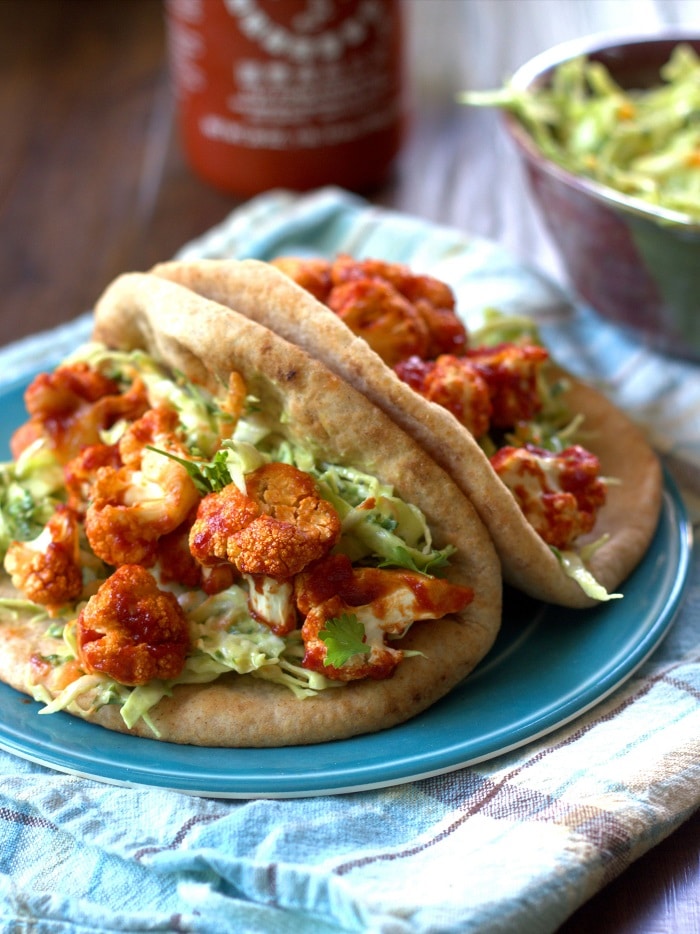 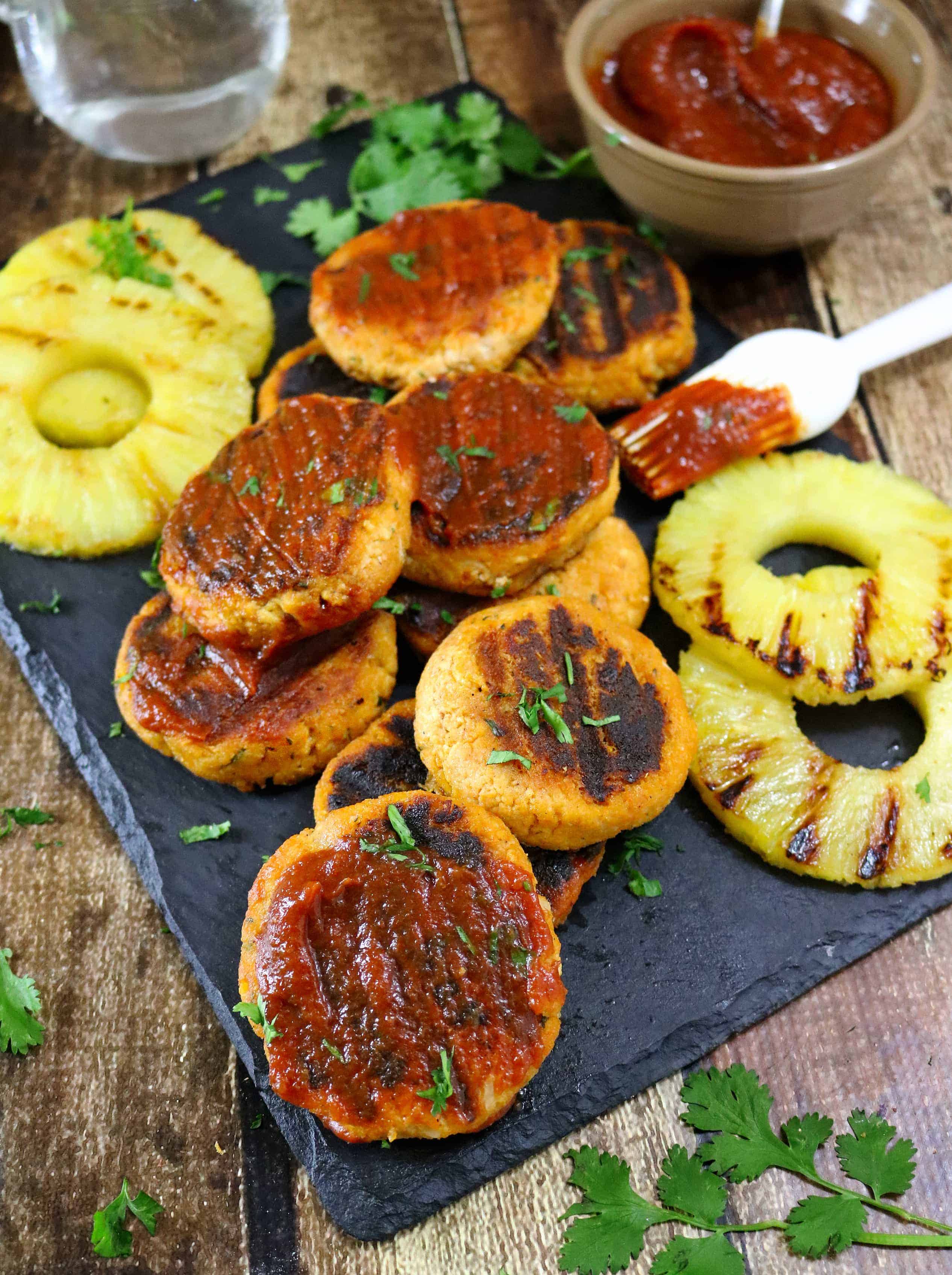 Tofu Burgers With Pineapple BBQ Sauce
These tofu burgers are spiced with an irresistibly sweet and spicy BBQ Pineapple sauce and are a tasty option for non-beef eaters and spice-lovers alike! These burgers also happen to be totally gluten free and vegan.
View The Recipe