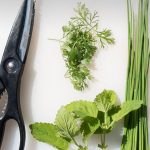 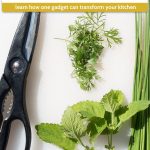 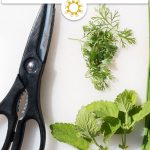 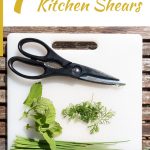 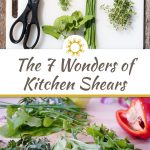 One of the most versatile kitchen tools is a good pair of kitchen shears. Learn 7 wondrous ways you can use your kitchen shears today.

What would you say is one of the most versatile tools in your kitchen? Most people would think of a specific pan, a blender, a mixer, or any number of items. While those are all great, I would have to say my kitchen shears are one of my favorite tools!

I’ll admit when the knife set we got for our wedding came with a set of kitchen shears, I wasn’t sure how much I would use them. For a long time, they were just thrown in the back of the drawer.

Fast forward one year. We moved into a brand new house in Orlando. I was pregnant with Tyler and I started cooking from home much more often. As I did, I also started to use my kitchen shears now and then. I realized just how handy they could be!

What are Kitchen Shears?

Kitchen shears are a tool made specifically for food preparation. They are similar to a pair of scissors, but have more versatility. Most shears are made with one blade having teeth or a serrated edge to cut through meat. Kitchen shears also often have a bottle opener built into them.

The handles are made of rubber or plastic for a smooth grip. The blade is made of stainless steel or aluminum. Some models have detachable blades so they are easier to clean.

Shears are also made to be ambidextrous. The openings in the grip are the same on both blades, so could be used in the right or left hand.

7 Helpful Ways to Use Kitchen Shears

The most common task that we use our kitchen shears for is cutting raw meat. For a long time, we used a knife to try to cut the fat off of the chicken, and we always lost some of the good meat as well. One day I decided to try the shears, and it made the task much easier. I’ve never looked back!

They are also great for cutting raw meat in general. If you need chunks or strips of meat, use the kitchen shears to cut it. You could also use it to cut up raw bacon or separate large pieces of ground beef.

After making sure the shears are completely clean from cutting the meat, you can use them to chop fresh herbs. Whether you are chopping them straight from your herb garden or dicing store-bought herbs, kitchen shears make the job quick and easy.

As a parent to two small children, I can’t tell you how many times I’ve grabbed the kitchen shears to cut their food into small pieces. My sister showed me this when she grabbed shears to cut a slice of pizza for her boys! It’s also great for things such as quesadillas, chicken strips, dried fruit, and so many other foods.

Speaking of cutting things for children, how about those picky eaters who refuse to eat the crust on bread? Make your sandwich and grab those handy-dandy shears and cut the crust off the bread quickly without losing much of the rest of the bread.

Sometimes you just want to grab a few grapes and go without having to pull them all off of the vine. If this is the case, use your kitchen shears to section the grapes into smaller pieces so you can quickly get a little bundle and keep on going. This is also a great way to serve them at a party rather than as individual grapes.

Just recently I learned that almost all of the kitchen shears have a circular opening in the handles that are meant for opening bottles. Some of them also have grips that can be good to open stubborn lids or crack open nuts and seafood.

Most of the time, if I have packaging I need to open, I try to grab my regular scissors. Non-foods can dull the blades of my shears. But sometimes, I am in the middle of cooking and already have the shears out, so I use those to open spice envelopes or bags of cheese or whatever else I am working with.

30 thoughts on “The 7 Wonders of Kitchen Shears”